Studio of the Three Arrows


The Studio of the Three Arrows, otherwise known as Pillsbury's Pictures, was a destination for nearly every visitor to Yosemite.  It was a warm and friendly place where amateur photographers could get the use of a dark room for developing their own photographs.  Customers buying post cards could sit at their leisure and send greetings to friends at home and either mail them at the Studio or walk across the street to drop them at the Post office.

The Studio was small, but work shops for student photographers were held there, cheek and jowl with the newly designed mass production picture post card machine Arthur Pillsbury had invented.

In the evening patrons would gather in the Gazebo and sit where they could see the screen.  New films appeared regularly, each showing amazing scenes filled with people and the world of nature.

The line of products provided were produced after paying careful attention to what patrons wanted and were inexpensive and attractive.  As a result, Pillsbury's made more sales than all the other photography studios combined.

It was very much a family business, run by Arthur C. Pillsbury, who was both cheerful and kind.  He was also highly innovative and applied his ideas immediately to ensure both profitability and happy patrons.

Pillsbury had made it a practice to travel around to the various camp grounds in the Valley and take photos of campers.  These were then available for sale, that very day, at the Studio.  Tours to places in the Park were also available.

The photographs were beautiful and cheerfully rung up and wrapped for the customer by either one of the many who worked there or one of Mr. Pillsbury's children, who also worked there all summer.  Everyone camped out in back of the Studio in tents laid out around the Yosemite Chapel, which was very close.  Young Arthur, Mr. Pillsbury's youngest child, always had his tent right in back of the Chapel, close to the wall.

Cooking was done by a lady who had been coming up for years, just for this purpose, because she so enjoyed Yosemite and even enjoyed cooking for as many as twenty people a day.

Other visitors included professional friends of Mr. Pillsbury's, for instance Mildred Clemens, who was, herself a lecturer and used Pillsbury Lantern slides for her presentations.

In 1915 Mildred came to stay in the camp ground nearby and taught many of the Village children about Indian ways. 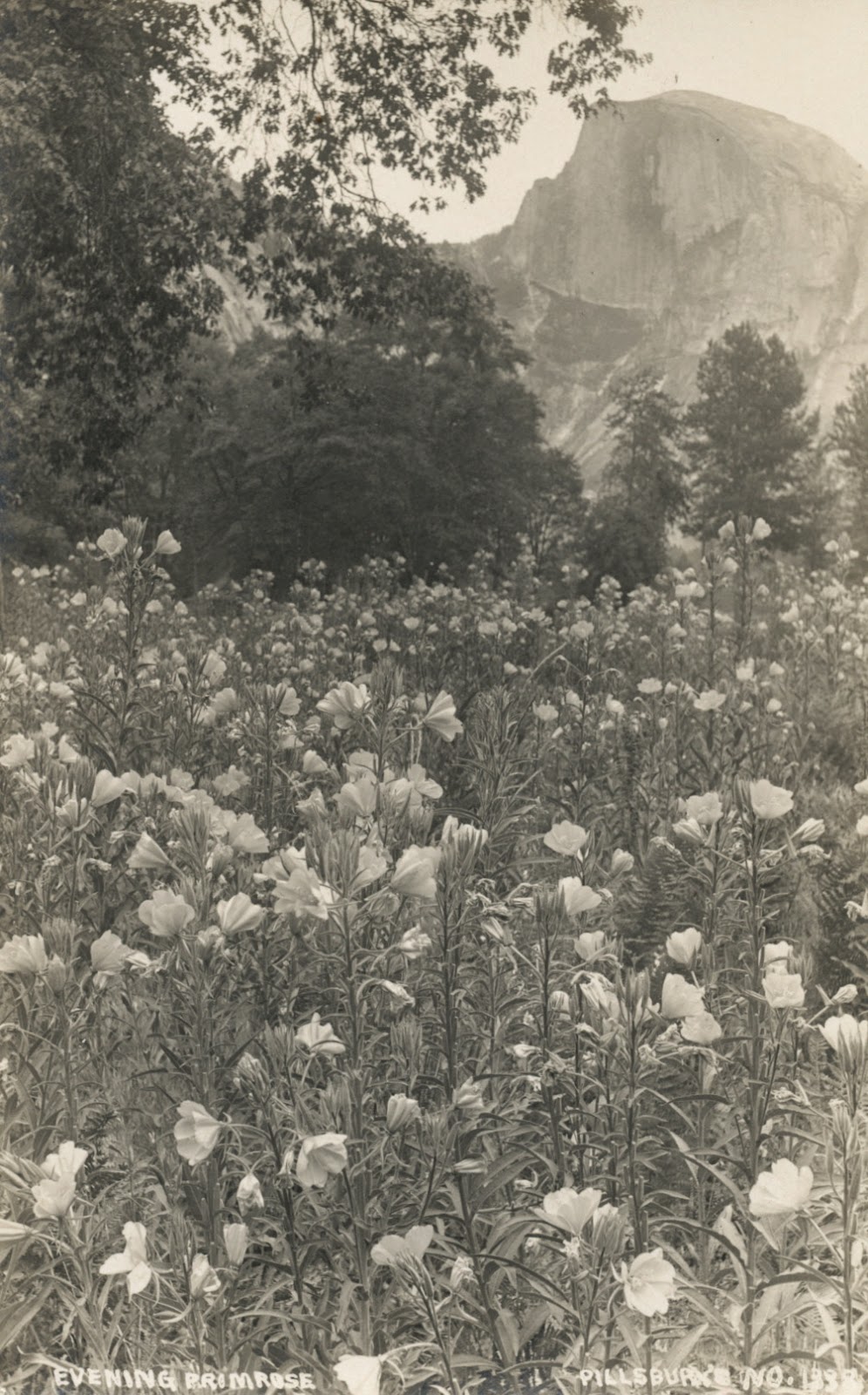 Cards which identified the flowers and plants of Yosemite sold well - and many people also framed them when they returned home.  other items sold included small photos which made it unnecessary to take your own, or which could be used to fill out a scanty album.

If there was a wish for something of this nature, Mr. Pillsbury made sure the need was met.

A Voice for the Wild Flowers